“Dazzling song structures somewhere in between Pink Floyd and Ornette Colemans Prime Time, at the same time urban and lost in reverie. Bummelzug Explosion combines the ineffable lightness of Pop-Déjà-vus with the conceptual sustainability of modern Jazz compositions.” -Wolf Kampmann, JAZZTHING “Each composition on the album is a complex soundscape that would make Ennio Morricone proud, but fortunately Görlich also knows how to make memorable melodies and he has enlisted a great team of players.” -Jakob Baekgaard, ALL ABOUT JAZZ “Boundlessly naiv, but only seamingly harmless, Janis Görlich’s compositions stroll by easily and burn themselves into the listener’s tympanum with the explosive force of hunting melodies.” -Major R.G.Douglas 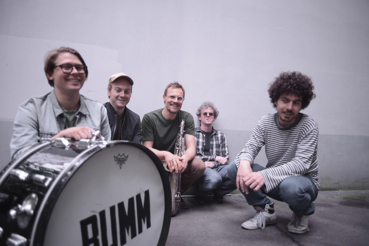 … A steam locomotive is a fine thing. It can stomp and snort like an animal, spit smoke like a volcano and move people, dogs and camels. It radiates strength and steadfastness, tranquility and peacefulness. Regardless, something is cooking and simmering beneath its thick skin of steel. Invisible to the eye but known to the specialist, the boiler pressure inside a locomotive rises minute by minute until it comes to a violent discharge of steam. In literature one then speaks of “boiler explosion”, in the vernacular, however, the term SLOW TRAIN EXPLOSION has established.

May 2016 BoouM ! There she is: BUMMELZUG EXPEDITION “In die Ferne” is released May 27th 2016 as 12" Vinyl + Downloadcode on Shoebill Music.November 2014 Good news for those of you, who bought the record but do not read german: There finally is an english translation of the original german liner notes of “In der Ferne” on Janis’ homepage HERE September 2014
The mixing starts. Part Two of the concept LP “In der Ferne” will be released in spring 2015 on Shoebillmusic. Not only will it provide the listener with new songs but also deliver the sequel to the dramatic lovestory around Lieutenant Lawrence and beautiful Mimi… June 2014 The band has recorded a new album. After being enlarged to a Septet for a gig at Salon Tippel in Neukölln, BUMMELZUG EXPLOSION recorded the second part of “In der Ferne” in that very line up. The Quintet was joined by the islandic guitarist Daniel Bodvarson and vibraphone wonderchild Julius Heise. Does that mean BUMMELZUG EXPLOSION is a Septet now? The answer is definetly: Maybe! “In any case”, says Janis, “the septet sounds darn forcing good! They all completely devote themselves to my rather simplistic music even if they are very virtuosic musicians. Of course it takes the energy of the Quintet even one step further up. Paradoxically it augments the dynamic range in both directions but also there are possibilities in the doubling of both tenor and guitar that I always liked. Plus - for me as a drummer - playing with a good vibraphone player feels really good. It’s like you suddenly discover you have a strange twin that you never knew of.” February 2014 BUMMELZUG EXPLOSION has a new member: Uli Kempendorff, one of Berlin’s hottest tenor players, has joined the band after Federico Lacerna left the city for good. 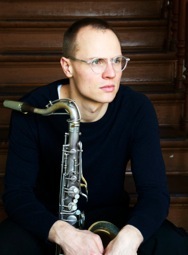 Otis was born 1987 in Gothenburg, Sweden. He studied Jazz and Improvisation at HSM University in Gothenborg and at RMC in Kopenhagen where he first met guitar player Thor Oscar Olsson. He moved to Berlin in 2007 were his unique tone quickly caught the scene’s attention. Otis is probably one of the most versatile horn players in town and is touring all over Europe with a great variety of groups such as: GOTHEBURG GADJOS, Markus Pesonen Hedectet, Simon Kanzler’s „Talking Hands“ and the band of singer Isabel Sörling Farvel, who was just awarded with the „Jazzkatten“ price as the „Newcomer of the Year 2013“ in Sweden. 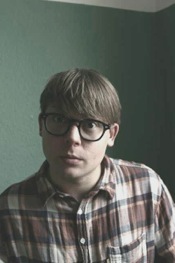 Jonas studied classical piano at HfM „Franz Liszt“ in Weimar and UDK Berlin. The blind pianist is one of the most interesting new discoveries of Berlin’s Jazz Scene and works as a multi-instrumentalist, composer and arranger in some of the most different settings one could imagine, reaching from chamber music to rock`n roll, from noise music to jazz. His insatiable curiosity has led him to work with a large variety of bands such as song poet Dota Kehr’s quartet DOTA, the Noise-Project Nutte & Huhn and Janis Görlich’s trio kleiner dicker mönch. He also performs as a classical solo-pianist and – accordionist. 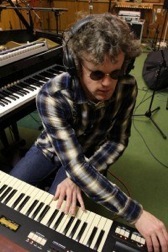 Henrik studied Jazz, first at Fridhems Folkhögskola in Sweden and later at RMC in Kopenhagen where he first met tenor player Otis Sandsjö. In 2003 he won the „Håkan Hagegård“ Price. The guitarist currently lives in Kopenhagen, Denmark, were he is working with bands such as the Johanna Elina Group, his own project Penumbra Ensemble and a powerful duo with singer Mia Marlen Berg. He is a member of Janis Görlich’s kleiner dicker mönch and contributed some of his own compositions to the material on the trio’s record “Bei Nacht”. The self-entitled “Penumbra Ensemble” was released 2014 on LP. It features Henrik’s outstanding qualities as a guitarist, composer and bandleader. 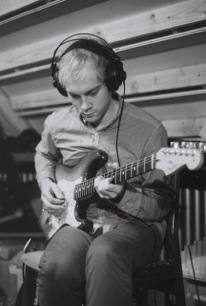 Janis studied Jazz in Berlin (HfM „Hanns Eisler“), Sao Paulo (Conservatório de Tatuí) and New York City (Aaron Copland School of Music). After graduating from HfM in 2006 he worked as a freelancing drummer and released a record entitled “K.illY.ourD.arling” with the band-collective GLÜCKLICH1. Receiving a DAAD scholarship in 2008 he moved to New York were he earned his master’s degree in Jazz-Performance and played with various jazz & avant-garde bands in the city as well as touring with indie pop band WakeyWakey. In 2011 he headed back for Berlin. Janis is the drummer of Song Poet Dota Kehr and occasionally appears as a sideman of delicately selected other Projects such as: The Magnetic Ghost Orchestra, a trio with Carlos Bica and Carsten Daerr, the POLIVERSAL SOULS, Hans Unstern and The Magnificent Brotherhood among others.
At the same time he is highly active as a composer & bandleader. The debut album of his quintet BUMMELZUG EXPLOSION was released in 2013.2014 saw him releasing yet another LP as a leader: kleiner dicker mönch “BEI NACHT”, features his Trio with Jonas Hauer on accordion and Henrik Olsson on guitar. His latest record BUMMELZUG EXPEDITION “In die Ferne” is presenting a septet. It will be released in early 2016.
janisgörlich.de 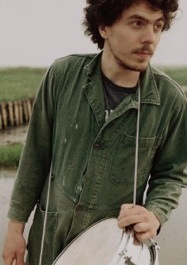